Norway is a country of exuberant beauty, where nature takes on a role of epic proportions.

With mountains of dizzying heights, gigantic fjords, the magical phenomenon of the northern lights and the culture of the brave Vikings, the place is the perfect setting for holidays! 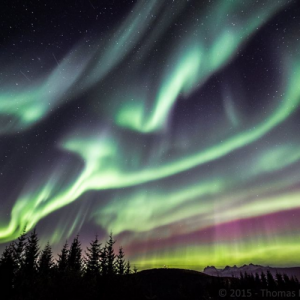 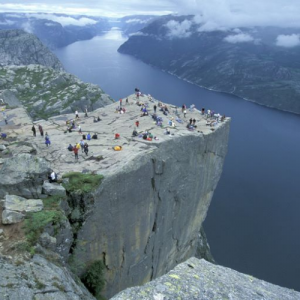 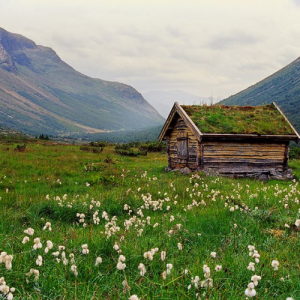 Located on the Scandinavian peninsula, with an extensive territory and four well defined seasons, Norway is a destination rich in activities and beauty throughout the year.

The modern capital, Oslo, surprises with its bold architecture and the great amount of attractions it offers, such as: the Vigelandsparken sculpture park, the Opera House, the Viking Boat Museum, the National Gallery where the painting “the Scream” of Edvard Munch is, the Royal Palace and Holemenkollen, as well as one of the largest free skiing slopes in the world.

In the region of Fjord Norway are the most incredible fjords in the country, with surreal landscapes.

There are surprising towns and villages further north and northwest of the country. It is in this rugged region where the most extreme Nordic wildlife is found.

Adventure is not lacking in the place, such as going to North Cape, the most northern point in Europe above the Arctic Circle, walking through the Lofoten Islands, going on a whale safari or sailing through Svalbard.

Taking a cruise is also a great option for couples who want to admire the blue waters, the steep mountains, the forests and the snowy tops.

Thus, it can be proved that Norway has beauty in every corner. 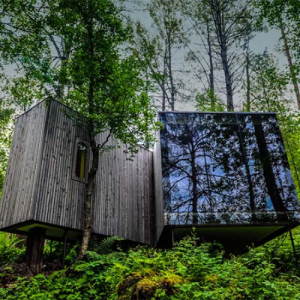 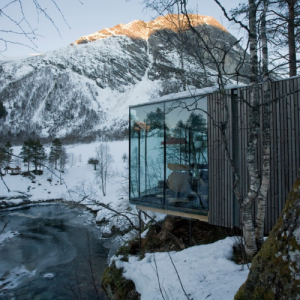 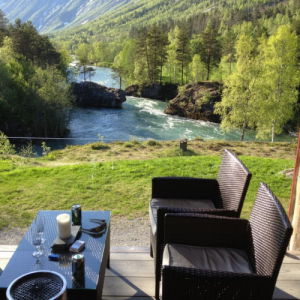 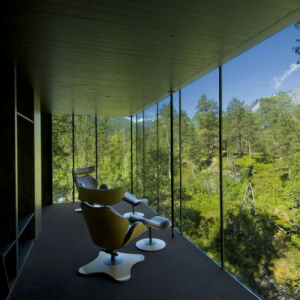 The first landscape hotel in Europe is located on the Burtigarden farm, in a giant steep natural dike, between metal, glass, wood and ancient stones.

The architects of Jensen & Skodvin Arkitektkontor, together with the explorer Knut, had the idea of ​​building a hotel in the heart of a forest, in the small village of Alstad, on the northwest coast of Norway, an hour from Geiranger.

A proposal for modern couples, who seek simplicity close to nature. The Hotel is located on the banks of the Valdolla River, close to the fjords, has nine rooms that are located separately, each with a unique perspective and seven “cubes” camouflaged in the middle of the vegetation, without any impact on the scenery.

These cubes / rooms are on stilts, with glass walls that offer an impressive view of the valley, providing privacy and exclusivity. All with a dark interior so as not to detract from the outside. The rooms capture the feeling of being in the middle of the forest, with the noise of the wind, river waters and wild animals.

According to the season, the landscape changes radically. Owner Knut, a great adventurer known in the region as Indiana Jones, advises all his guests on outdoor activities, and especially on the best spots for skiing.

Healthy eating is something taken seriously – without waste and with quality – using organic ingredients, without the aggression of the use of pesticides. Simple meals are served, highlighting the most delicious smoked salmon on the planet, combined with the traditional Norwegian scrambled egg art.

Dinner is served, precisely at 8:00 pm in an old barn on the farm, where guests mingle and exchange experiences before sitting at the large common table, to ensure the feeling of being among old friends on a family farm. 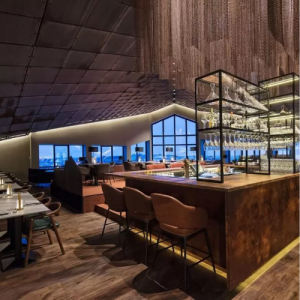 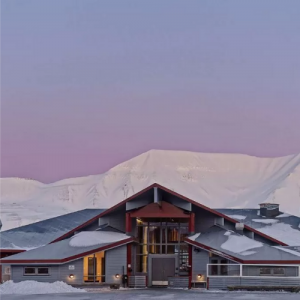 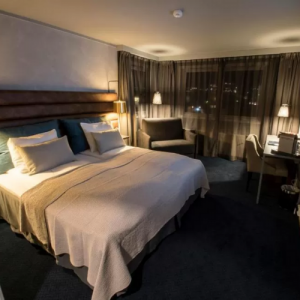 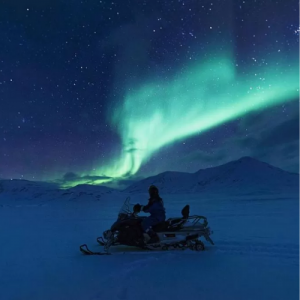 Located on the largest island in Norway, just 1,300 km away from the North Pole, the Radisson Blu Polar Hotel Spitsbergen in Longyearbyen invites you to discover the wonders of the Arctic.

As one of the most northerly permanent settlements in the world, Longyearbyen offers spectacular views of snowy peaks and glaciers, the glow of the midnight summer sun and a variety of Arctic wildlife species.

Embrace activities such as dog sledding or snowmobile safaris during your stay at our hotel in Spitsbergen.

Experience the mystical northern lights during the polar night in winter, or enjoy the four months of the midnight sun.

Keep the cold at bay in one of the 128 cozy and comfortable rooms at our hotel in Longyearbyen. After a day of adventures in the Arctic, warm up in the luxury sauna, relaxation room and outdoor hot tubs, then head to Barentz Gastropub to relax with a cocktail.