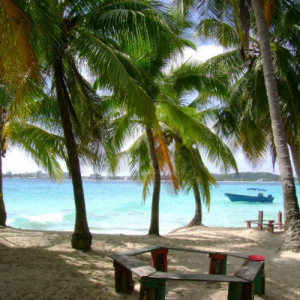 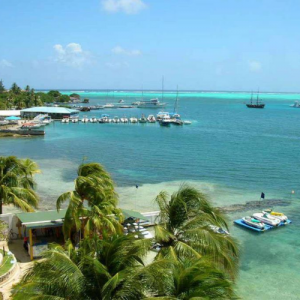 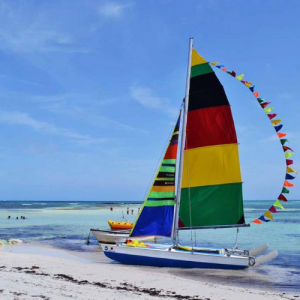 Colombia is a fantastic honeymoon destination.

Its privileged location on the continent brings together qualities as in its natural regions: glaciers, beaches, plains, jungles, deserts and the excitement of nightlife unmatched in a magical place where history is mixed with modernity in the same place.

San Andrés is a small and charming Colombian island that brings together Caribbean beauty. With only 34 square kilometers, it is surrounded by corals and enchanting natural landscapes, which were declared by UNESCO as a biosphere reserve, due to its great biodiversity.

The tour of the paradisiacal San Andrés begins in Morgan’s cave, where a museum was built that recreates the world of piracy. At the West View spa, you have the opportunity to swim among colorful fish. Nearby, it is possible to see a 5 meter stone wall, from which the most courageous venture to jump.

To the south of the island, the attraction is the Eye Blower, known as “Colombian geyser”, from where the sea water is squirted through a hole in the stone floor. But the biggest attractions of the island are its beaches. They are formed by an exuberant sea of ​​seven colors, calm and safe waters, thanks to the protection offered by its coral barrier.

Rocky Cay and San Luis are the most famous and suitable for honeymooners, as they offer tranquil sea, white sand and infrastructure of hotels and restaurants. Curiosity: San Andrés weddings are still very coveted and exuberant! Just choose the venue and hold a Caribbean-style ceremony. 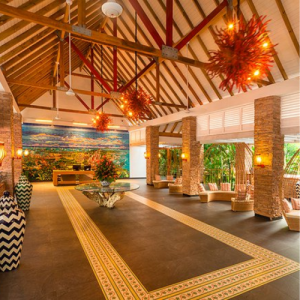 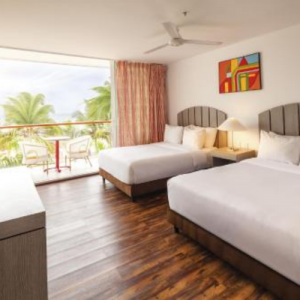 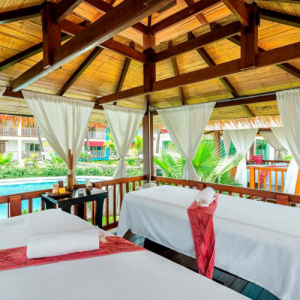 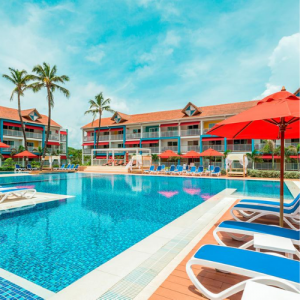 The Decameron Isleño faces one of the most beautiful beaches in the area, Spratt Bight, and guarantees you an incredible experience on the paradisiacal Colombian island while you enjoy the sun and the transparent waters of the sea.

The picturesque island is a century-old mix of Puritan English immigrants, Dutch, Spanish, slave, pirate and Arab settlers who arrived in 1953, when this place was declared a free port.

Enjoy to interact with the inhabitants of the region and learn more about the area. The resort has an exclusive restaurant, The Islander, with a pleasant island atmosphere where you can enjoy your lunch and dinner à la carte with a Caribbean menu. Or go to Cayo Acuario and enjoy the exclusive Rocky Cay beach club where you can enjoy snacks, cocktails or even have lunch at this beach bar.